The following  is a brief account of the Sunday excurison which formed part of the recent ScotNet Annual Conference in the Shetland Islands, which had been due to take place in 2020, but had to be put on hold for 2 years due to COVID. This was really something not to be missed, and we were fortunate to have a guide who had an absolute encyclopaedic knowledge of everything worth knowing about the Islands!

As is always the case at the ScotNet Summer events, the Sundays are devoted to some sort of cultural activity. So if you’ve overindulged at the ceilidh the night before, the brisk walk is bound to go some way towards atonement for it! Our guided tour this year was just exactly what we would expect, and much, much more! Our tour of the mainland was led by Les, our driver and tour guide, who had an encyclopaedic knowledge of everything to do with the Islands’ history, culture, and nature. 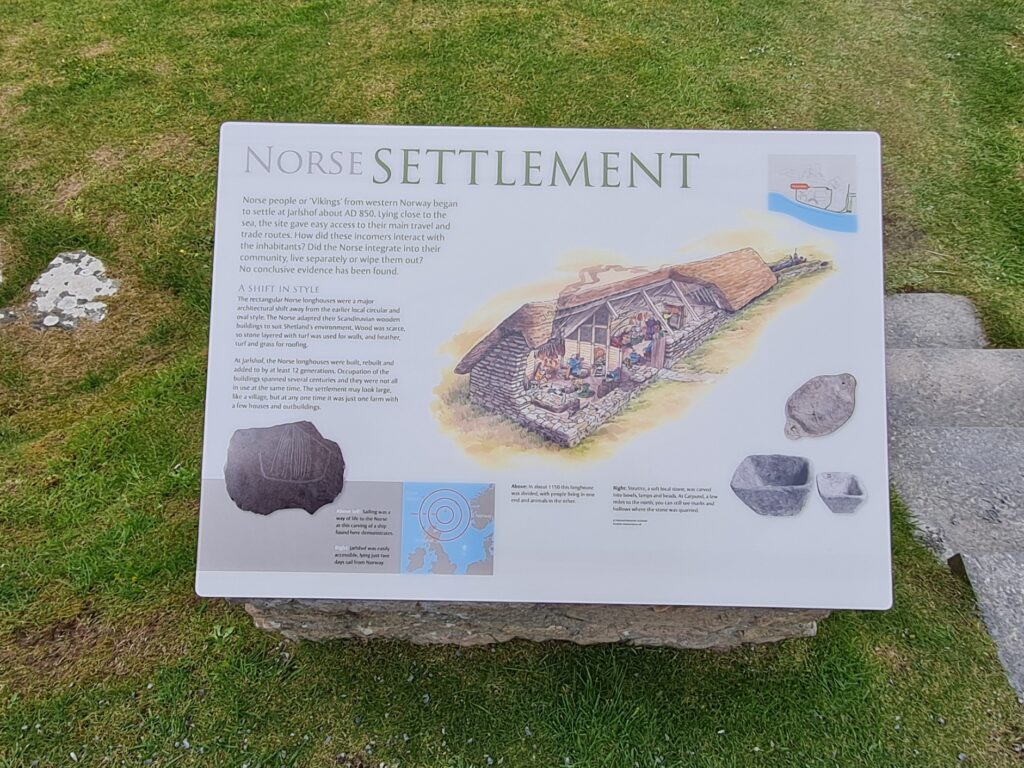 Our first stop was to see evidence of an ancient settlement from Neolithic times, (4300 – 4000 B.C.). The next wave of settlers was the Picts, who came, and occupied the Islands for about a thousand years. The Norse settlers came in the Iron Age. The latter have a reputation as a marauding people; however the evidence is not clear whether they integrated with the indigenous community, lived separately, or wiped them out completely.

What we can see, however, is the very different housing design. The Norse people lived in longhouses like the design above.

On the other hand, the locals up to that point lived in roundhouses like this one, with a broch attached. Brochs are unique to Scotland, roundhouses are unique to the Orkney and Shetland Isles. Houses at that time were built of stone and moss as there are virtually no trees on the islands for one fairly obvious reason: there are such strong winds here, no trees could possibly survive at all. It turns out, in any given year, you can expect 58 days of gale-force winds. 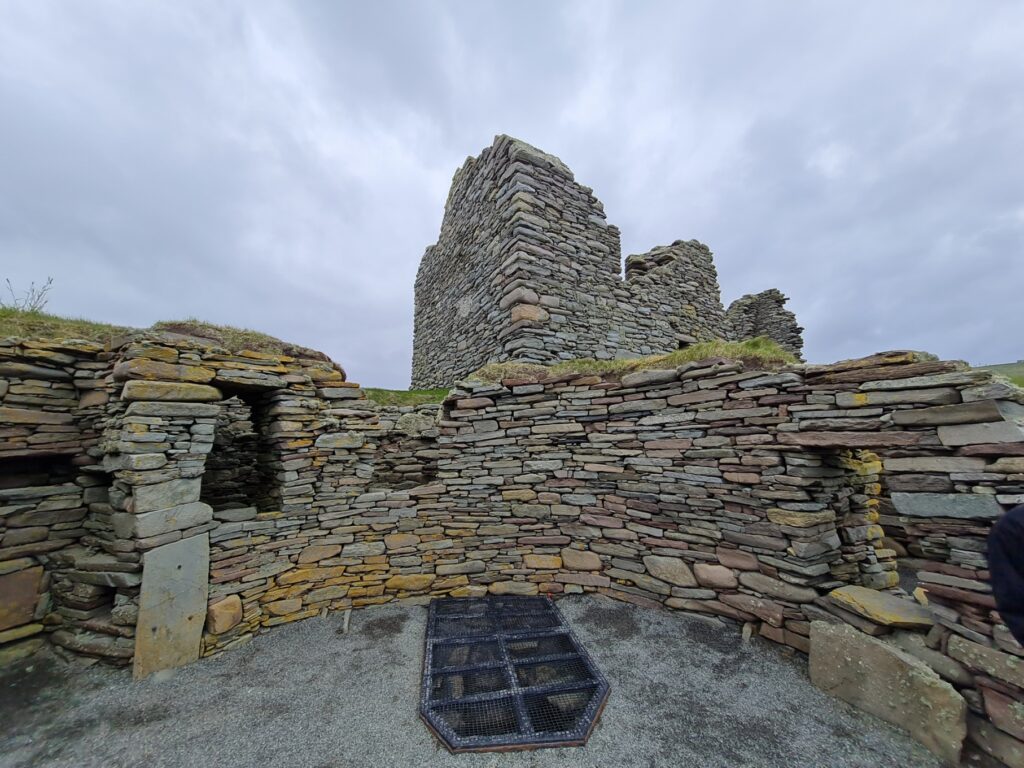 Little wonder then, that the area is so attractive to those who want to want to develop wind-based renewable energy. Just quite how this justifies 103 turbines, each 155 metres high, on Shetland’s pristine landscape, is difficult to justify, especially when there is other technology available, specifically in Blue Mull Sound, where a completely invisible wave tidal turbine is already in operation and ready for expansion. 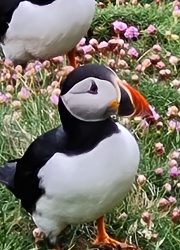 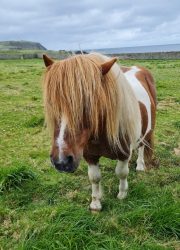 No trip to the Shetland Isles could be complete without a seeing a colony or two of Puffins, Guillemots and at least a few Shetland Ponies. During our stop to catch some sea views we managed to get some real close-ups to these beautiful birds.
They fitted in perfectly with the breath-taking sea views, such as the one below, while the Ponies, so synonymous with the Islands, were to be seen in the fields everywhere.

At lunchtime we stopped at the Shetland Lighthouse, a residential complex complete with visitor centre and restaurant.  The museum covering the lighthouse’s role in the Second World War was extremely interesting, when the lighthouse was taken over as accommodation for soldiers, and tank traps were dug. 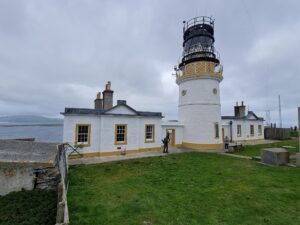 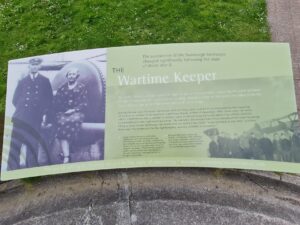 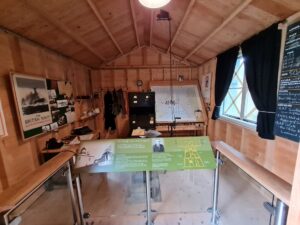 We finished the day with a drive past a peatland bog in the process of restoration. About half of Shetland is covered in peatland, although Scottish Natural Heritage estimates about 70% of it is damaged. In the absence of trees, peat is an excellent carbon sink. It is therefore vital that this work is given high priority in the fight against climate change.

A massive shout-out is due to Birgit Wagner for taking this on. Without her it simply wouldn’t have happened. A massive vote of thanks is also due to Les, our driver, who not only informed, but entertained the whole day. I’m sure I speak for everybody in saying I wouldn’t have missed this for the world!